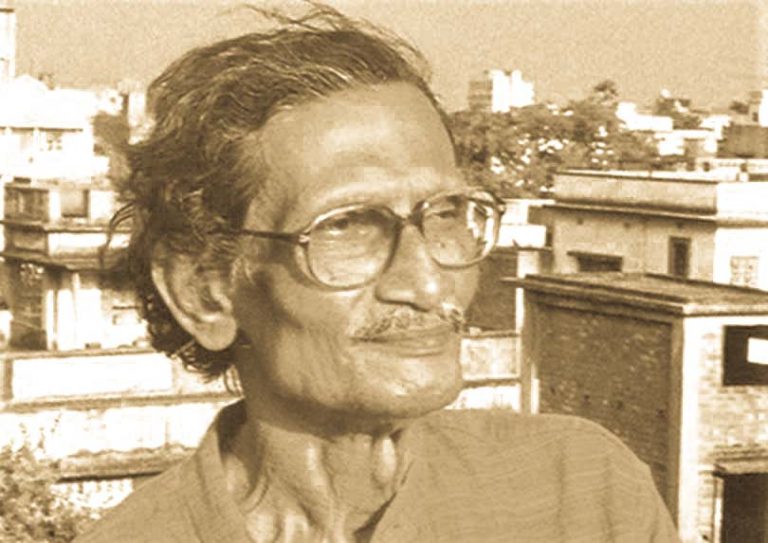 Bengal produced many great Master Artist. Most who struggled to remain artists; poor, impoverished in those times and extremely passionate about their creative oeuvres.

It was a far cry from the set of artists in our times, well heeled and born in a time when art began showing enough relevance to have a steady set of collectors patronizing the arts and supporting the arts and artists.

Rabin Mondal b 1929, breathed his last on a hospital bed on July 2019. Currently regarded as one of the leading master artist’s from Bengal, Mondal was an introvert; quiet, struggling for finances to support his family and led a pained existence in the early parts of his adulthood.

Rabin Mondal aka Rabinda as he was lovingly called in Bengal , was one such great master artist.

Lets delve more into the Master Artist as we share more about him through his art and through dialogue.

Rabin Mondal, born as Rabindra Nath Mondal, (1929 – 2 July 2019) was an Indian painter from Howrah, West Bengal. He lived and worked in relative obscurity until retrospective exhibitions of his work in Kolkata, New Delhi and Bombay brought him to India’s national attention in 2005. 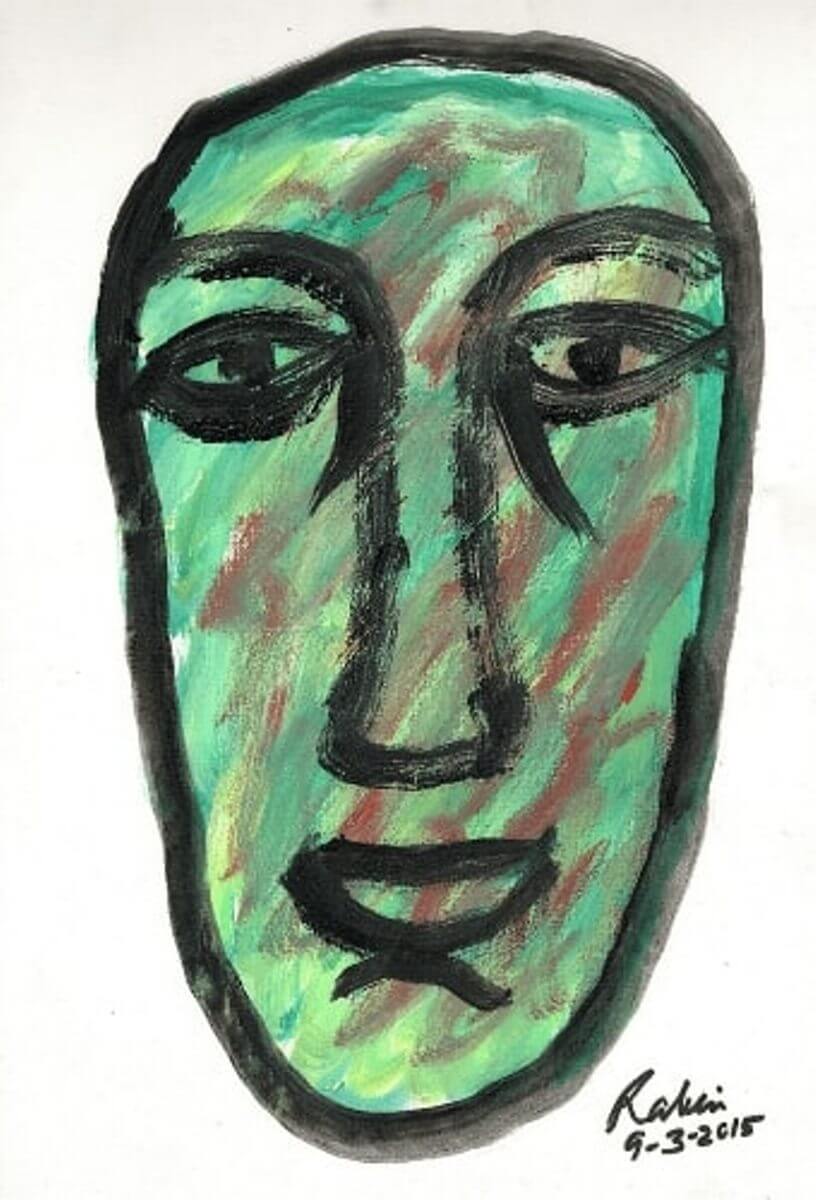 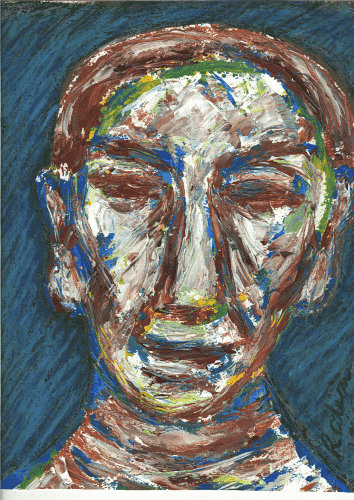 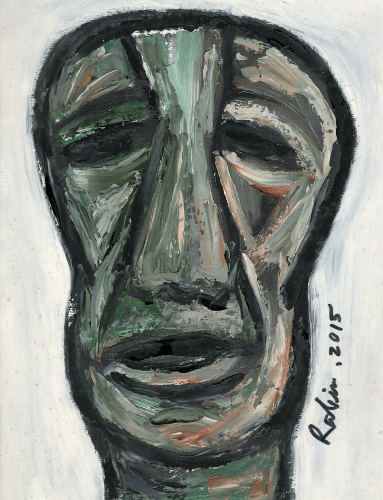 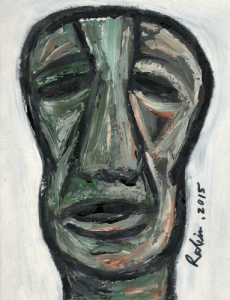 Though the Mondal family had a highly educated and upper-middle-class background, Howrah was known for its overcrowded slums and impoverished migrant workers who toiled in various grimy industries.

It was an environment that caused the young Rabin to take note of the realities of life and its struggles. 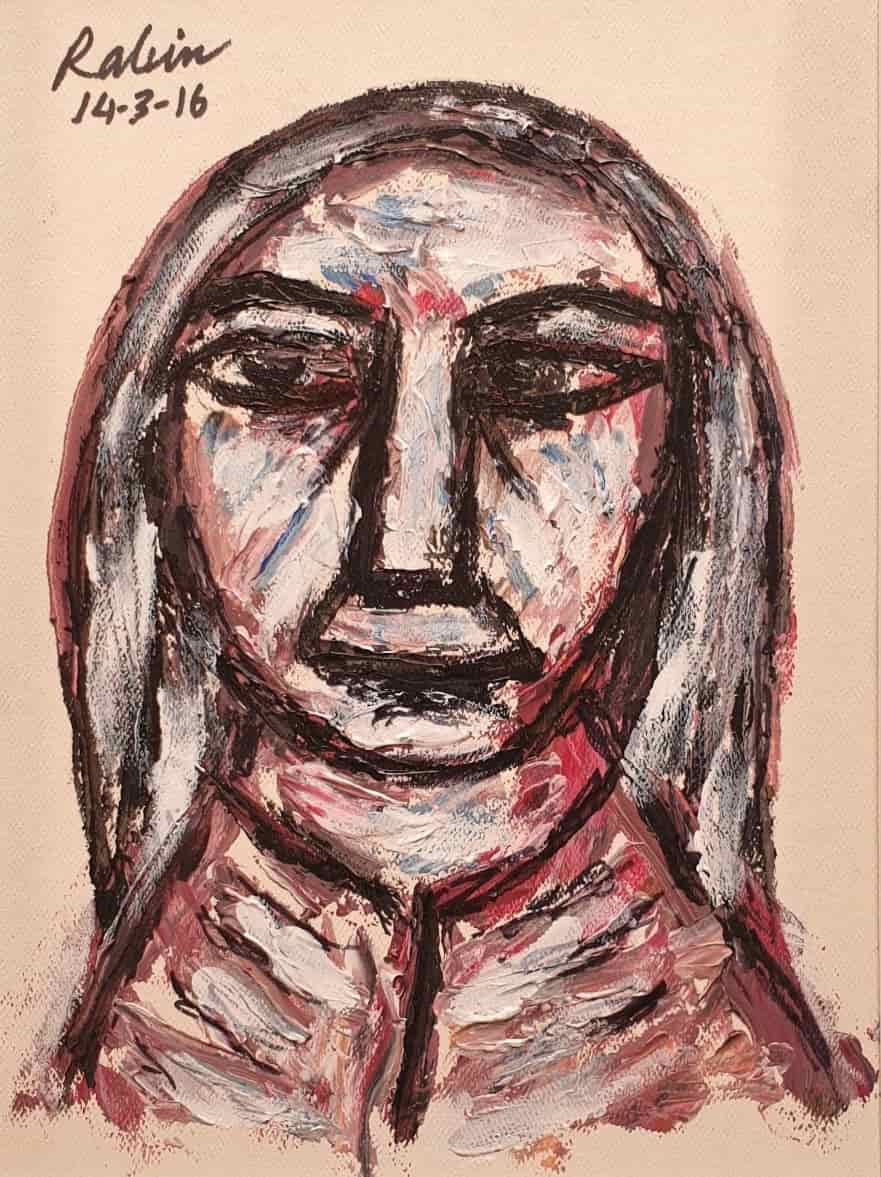 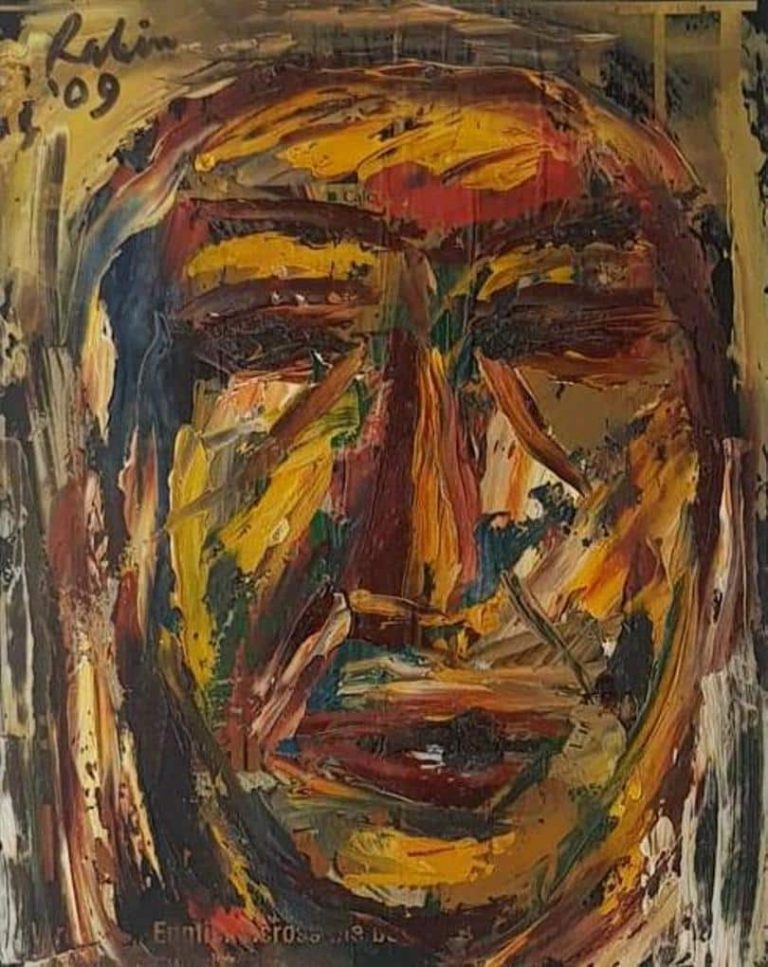 Rabin Mondal has primarily been a figurative artist. Faces occupying a major part of his ouvers. Even when he painted entire figures and bodies of single or multiple people in one frame , the faces and its expression spoke the mind of the artist. The expressions were anywhere but happy. 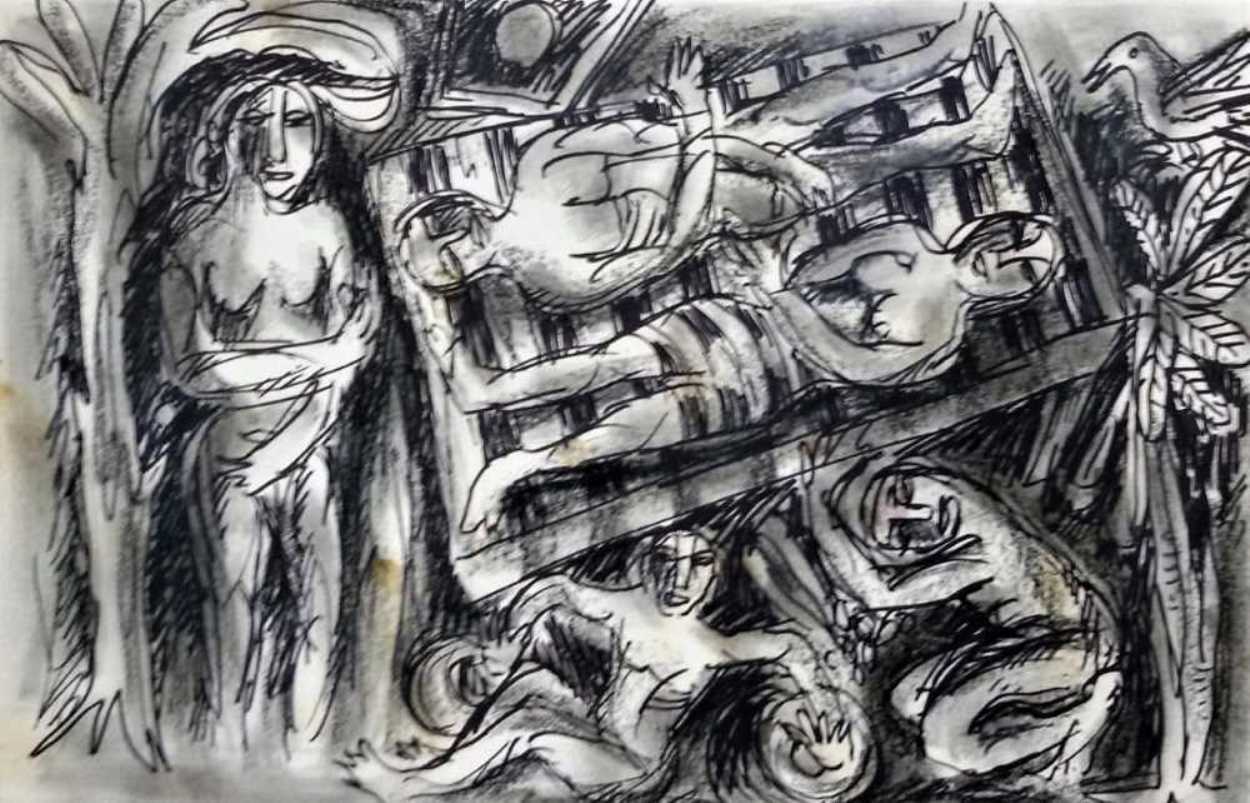 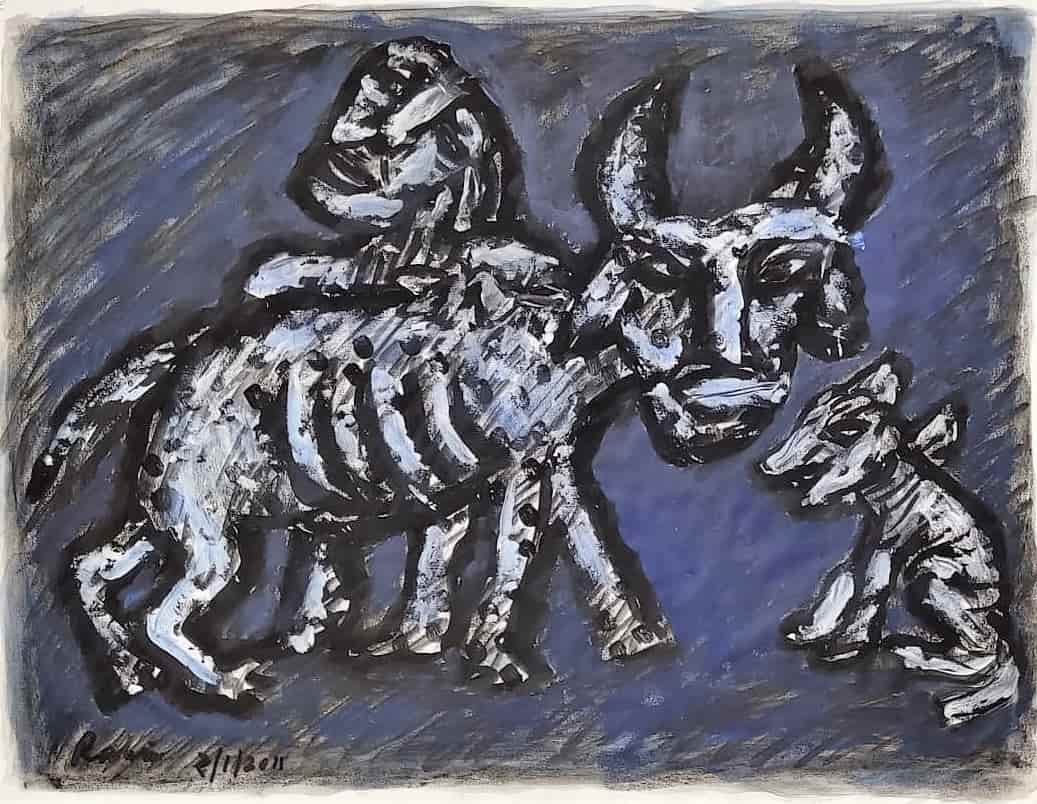 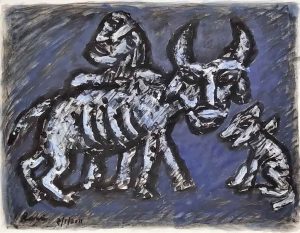 His family had prospered in business in the late 19th century] Rajendra Narayan Mondal (1792 to 1860), Dewan of Narayanganj in Bengal was an ancestor, and one of his sons Rajendra Narayan received the title of Raja.

The narrow lane where Rabin’s paternal home stands was named after his grandfather Fakirdas Mondal.

But the pressures of an extended Bengali household forced the young Rabin to live with not only his brothers and sisters, but also his aunts, uncles, great aunts and uncles, and also his cousins.

Though the Mondal family had a highly educated and upper-middle-class background, Howrah was known for its overcrowded slums and impoverished migrant workers who toiled in various grimy industries. 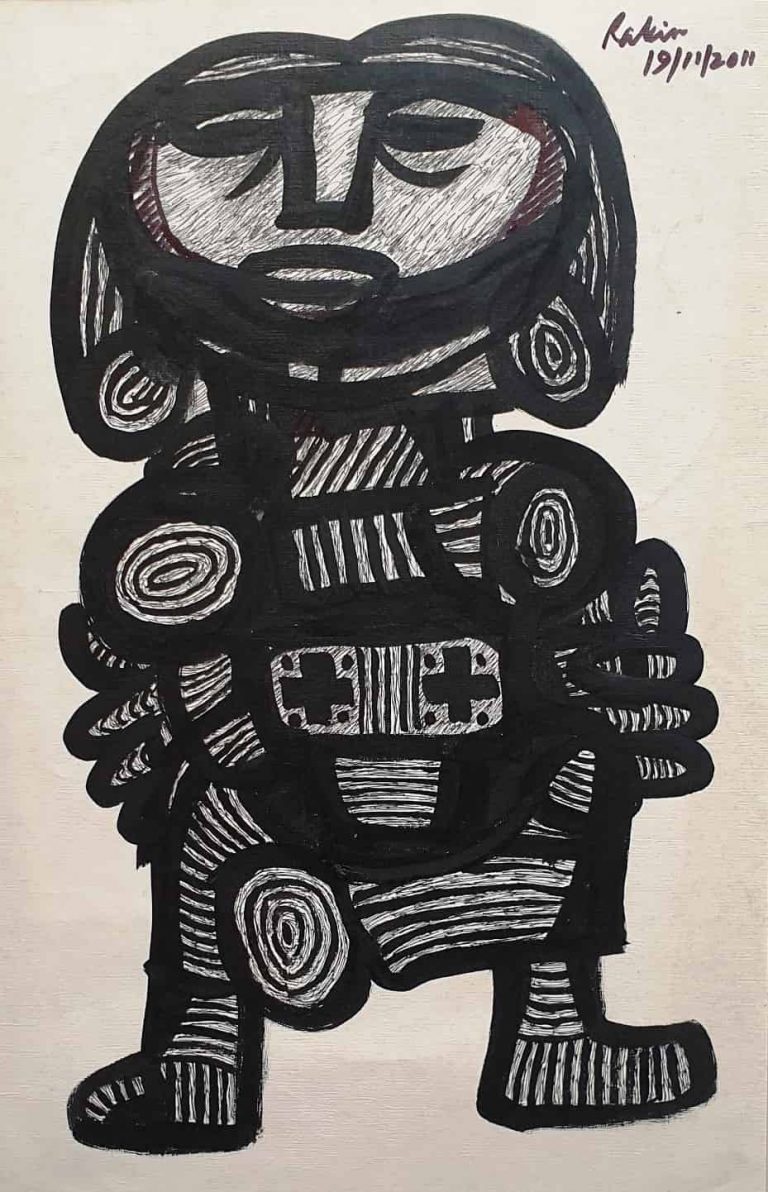 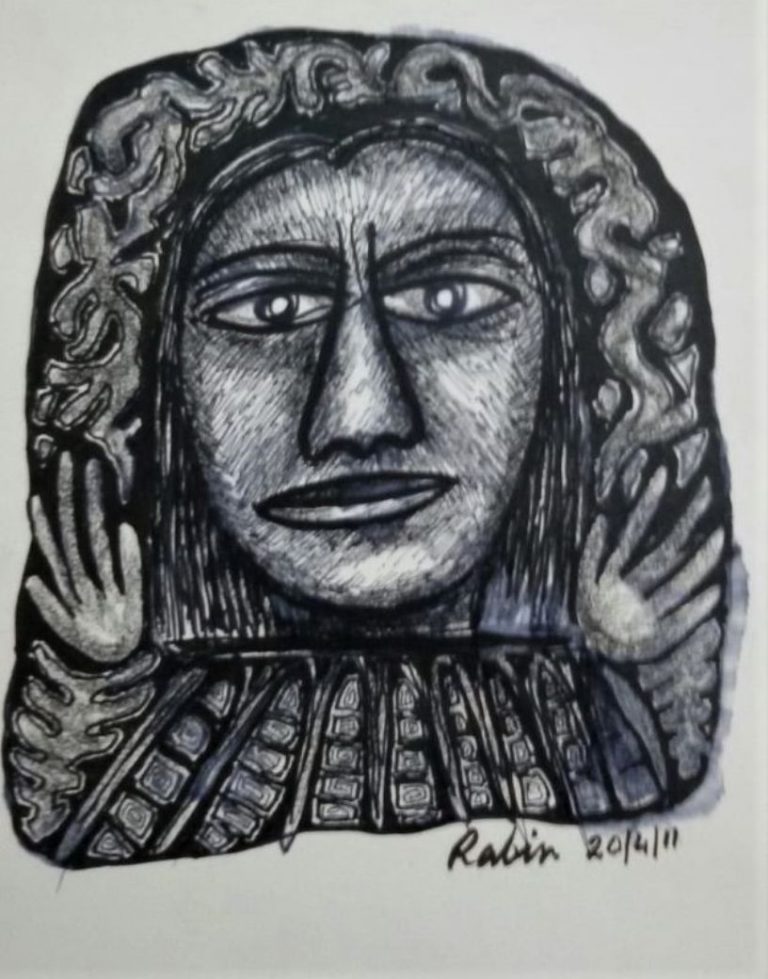 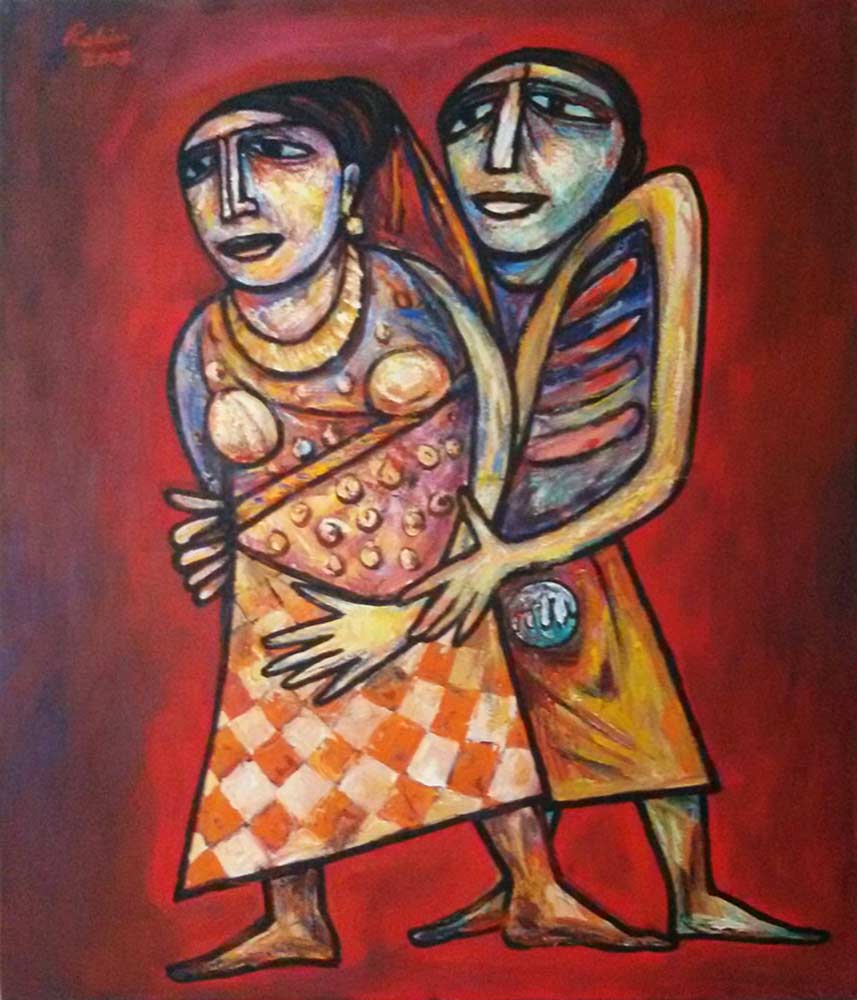 GRAB IT BY CALLING OR EMAILING US RIGHT AWAY TO BOOK YOUR PRECIOUS WORK.

DO BEAR IN MIND THAT WE ARE STILL WORKING REMOTELY. THUS REQUEST YOUR KIND PATIENCE.