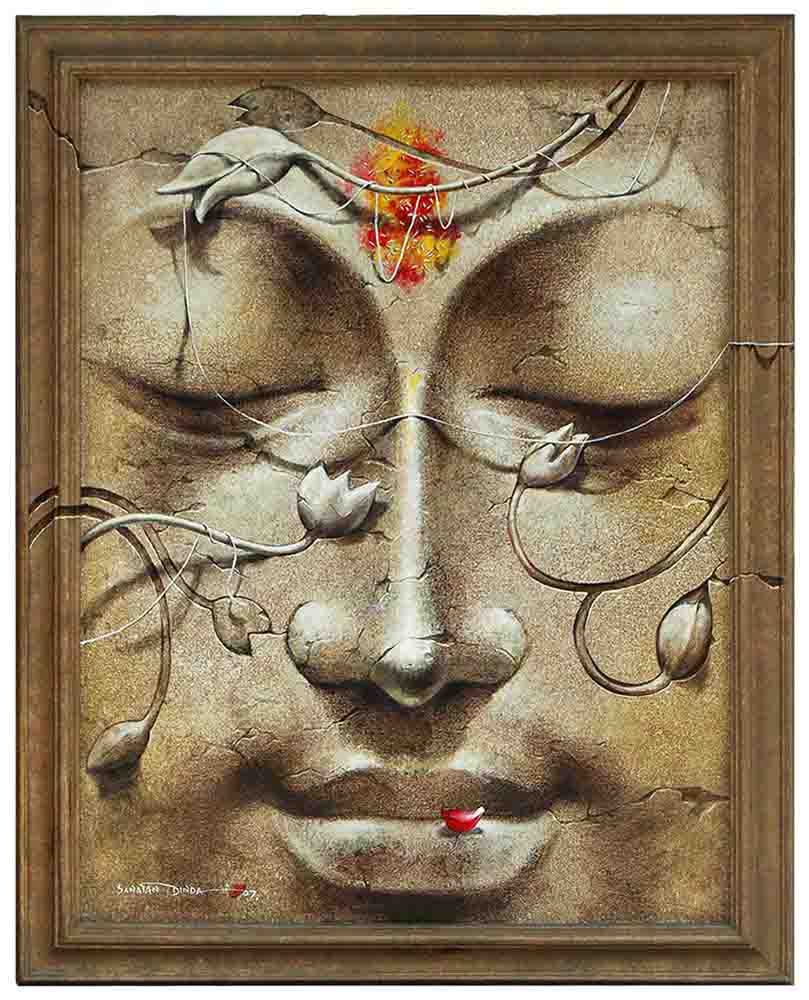 This enchanting work by the talented artist Sanatan Dinda is from one of his most popular series of works titled Yug-Purush, meaning the enlightened man!

Style : Sanatan Dinda discovers the beautiful a midst the ruins of a dilapidated city; his work becomes lyrical while he puts his signature on the curves and cleavages of sculpted human bodies. Born in the intestines of North Kolkata, the lanes and by lanes of Kumartuli, the squalor and the dirt, the refinement and nuances of a traditional craft of idol-making, the ancient river, the lonely bathing places taught him everything. Poverty all around, Sanatan had enough courage, even in his formative years, to convince himself that eternity could be invented, here and now, in a day. His art, both sculpture and painting, engages in a dialogue between tradition and modernity. Today, his work can be considered to be a prime example of contemporary Bengali visual culture. For last few years, Sanatan has been trying to stress upon traditional clay-sculpting – primarily the local popular sculpture of Mother-goddesses – as an extension of mainstream art within the domain of modern installation art practices.