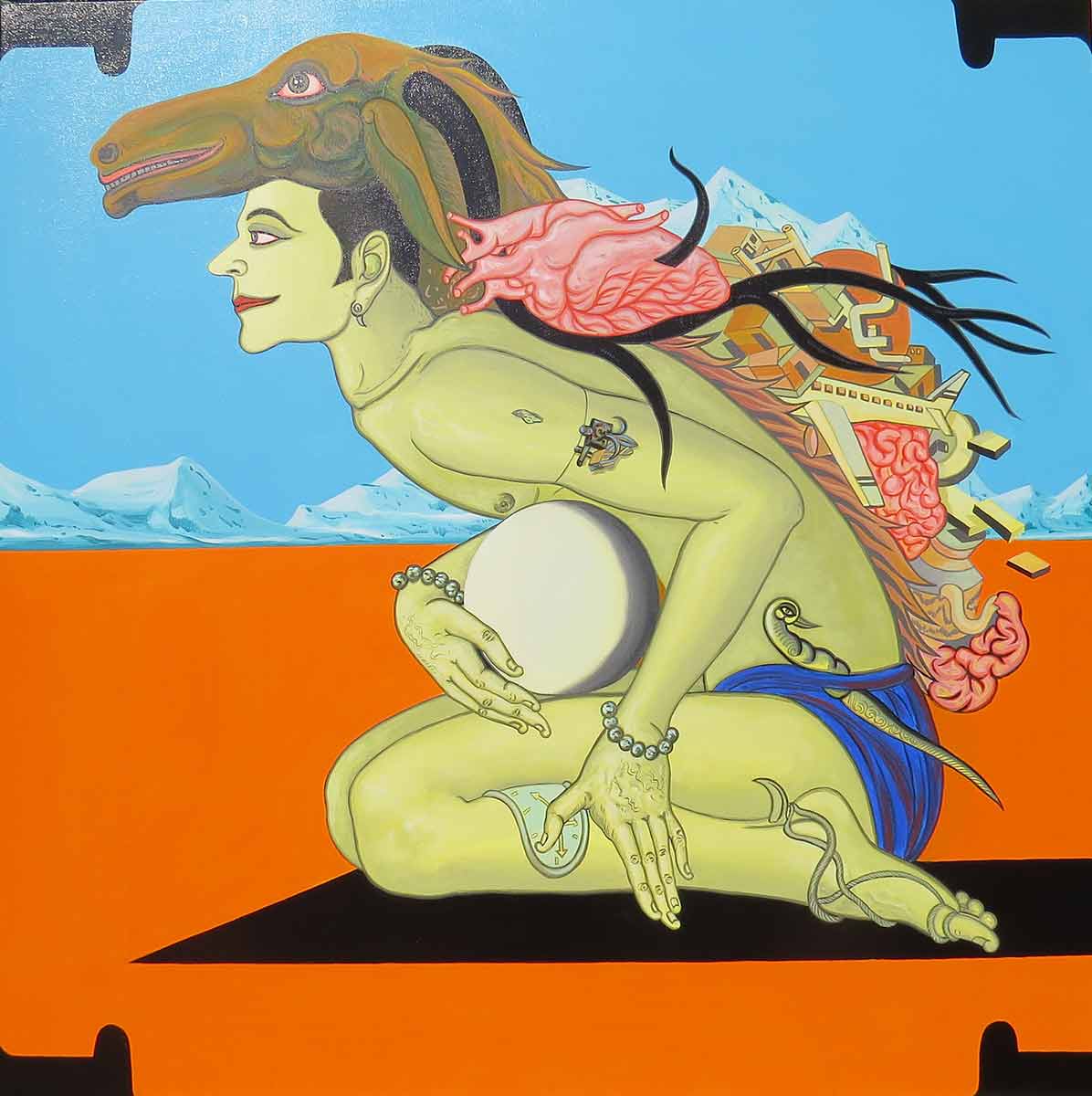 Viswaroopam Returns is a mythopoetic imagination of Birendra Pani, signifies the larger cosmological plan of the transient nature of history, memory and culture. This work focuses on the Varaha Avatara from the Hindu mythology, making a new iconography, in a personalized way in the present time. In Viswaroopam Returns, the protagonist is a fighter with a sword, heart, and carrying the materialistic civilization and how things changes with time. It invokes a simultaneous play of the real and mythic; concrete and fleeting ways of life, knocking a new psychological and surreal feeling in this materialistic way of living.

About the Artist :
Pani graduated in printmaking with a Bachelor’s degree from Kalabhavan at the Viswa Bharati University, Santiniketan, in West Bengal, and received his Master’s degree (first class with distinction) in Graphics from the Faculty of Fine Arts of the M.S. University, Baroda.

Birendra Pani’s fresh perspective and contemporary canvases were displayed at the show on kitsch that was held at Gallery Espace in New Delhi. His loud and vivid images use colours like green and shocking pink unashamedly, and his nudes, far removed from traditional ideas, rather than revealing of clandestine activities and provoking corporeal or sensual excitement in the viewer, portray very private and personal instances in the subjects’ lives. In other works the artist chooses ordinary everyday words and then attempts to reveal all their private meanings and associations on the canvas with his brush.