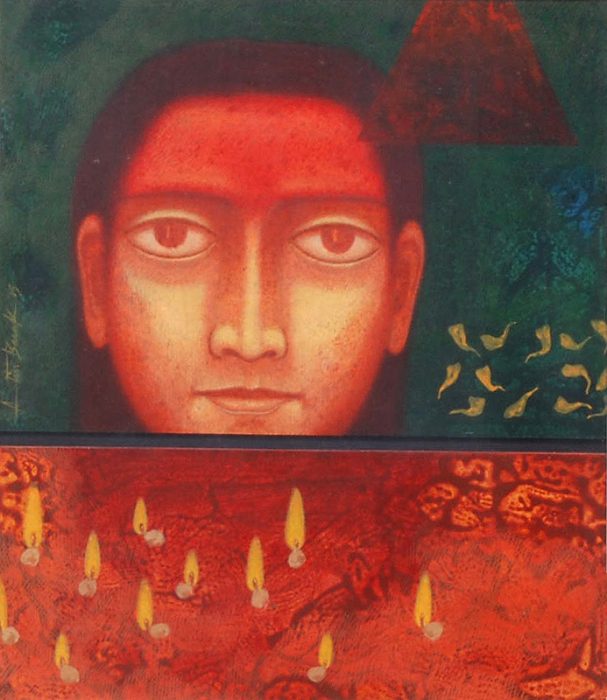 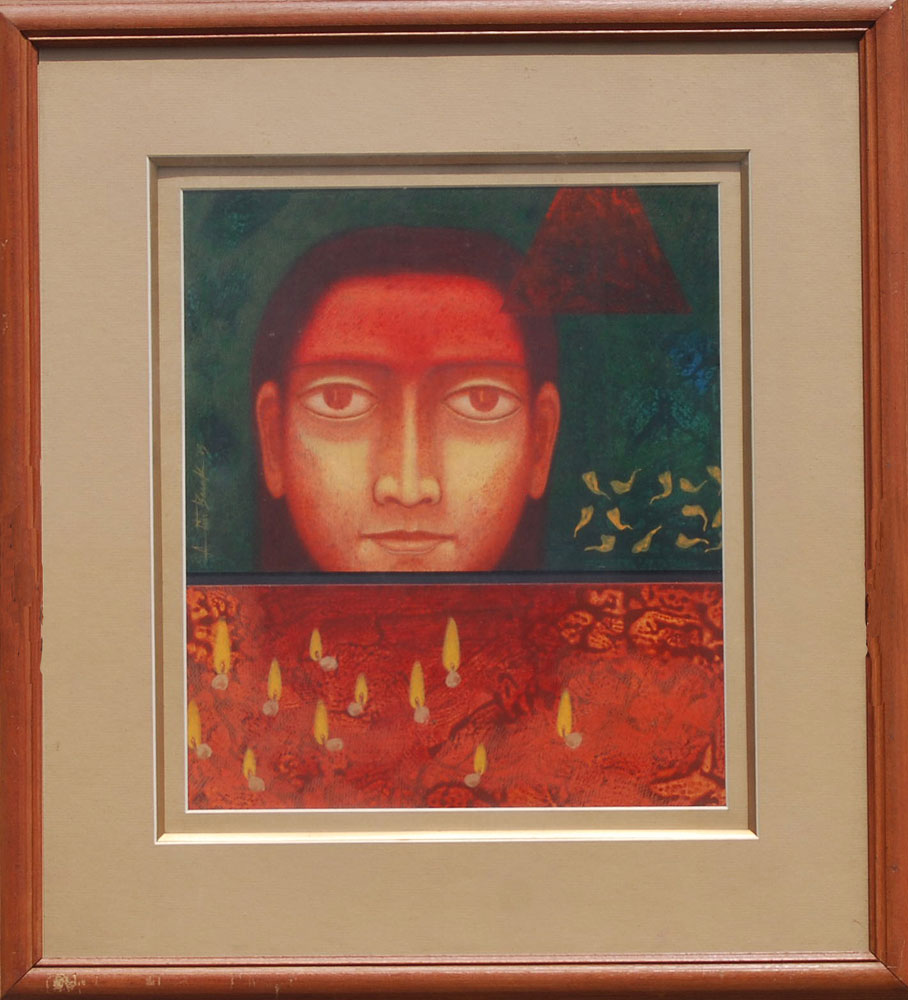 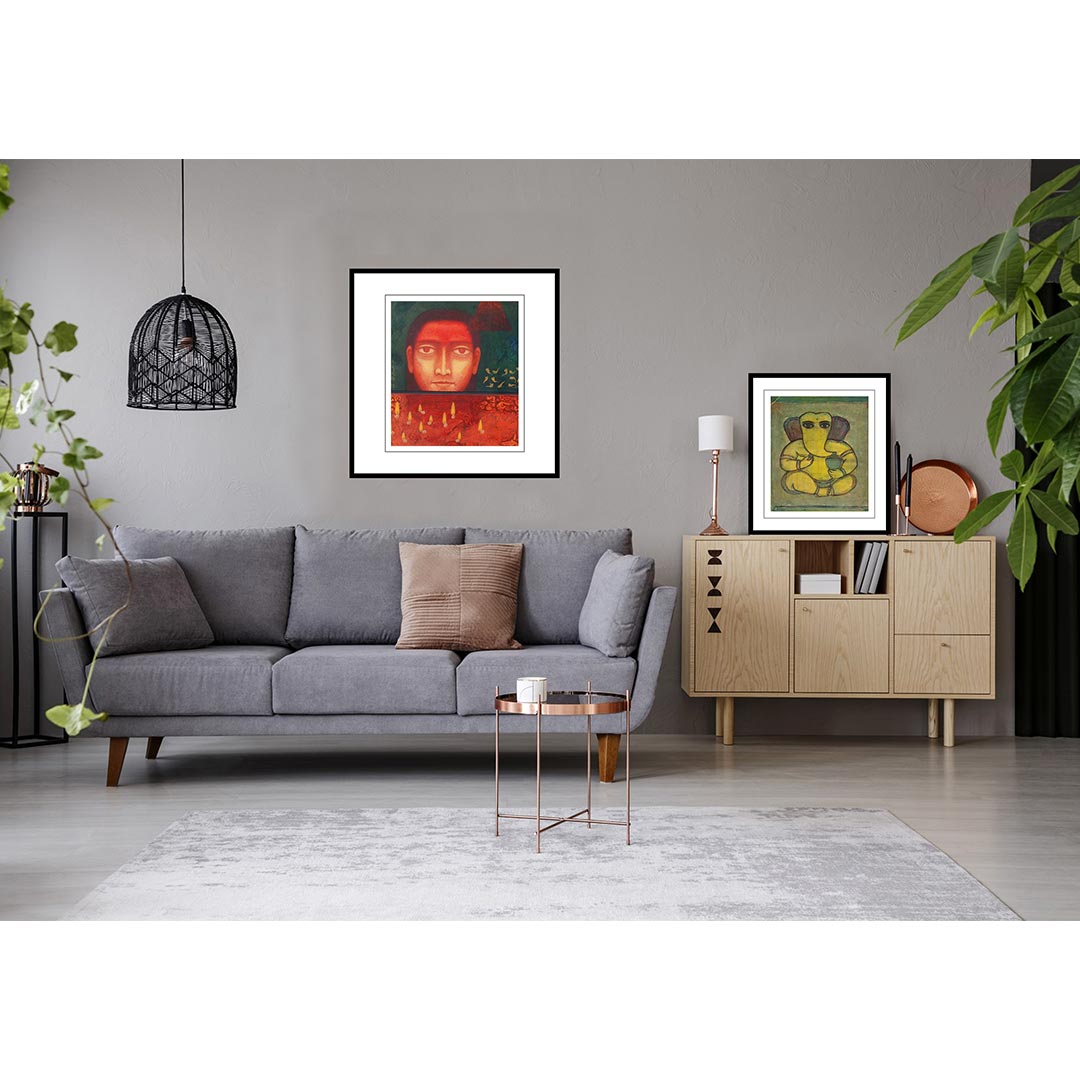 Face, Figurative, Tempera on Board in red, yellow by Contemporary Artist Atin Basak

Atin Basak says that his recent body of work represents the beliefs and ways of life in the East or the Orient.