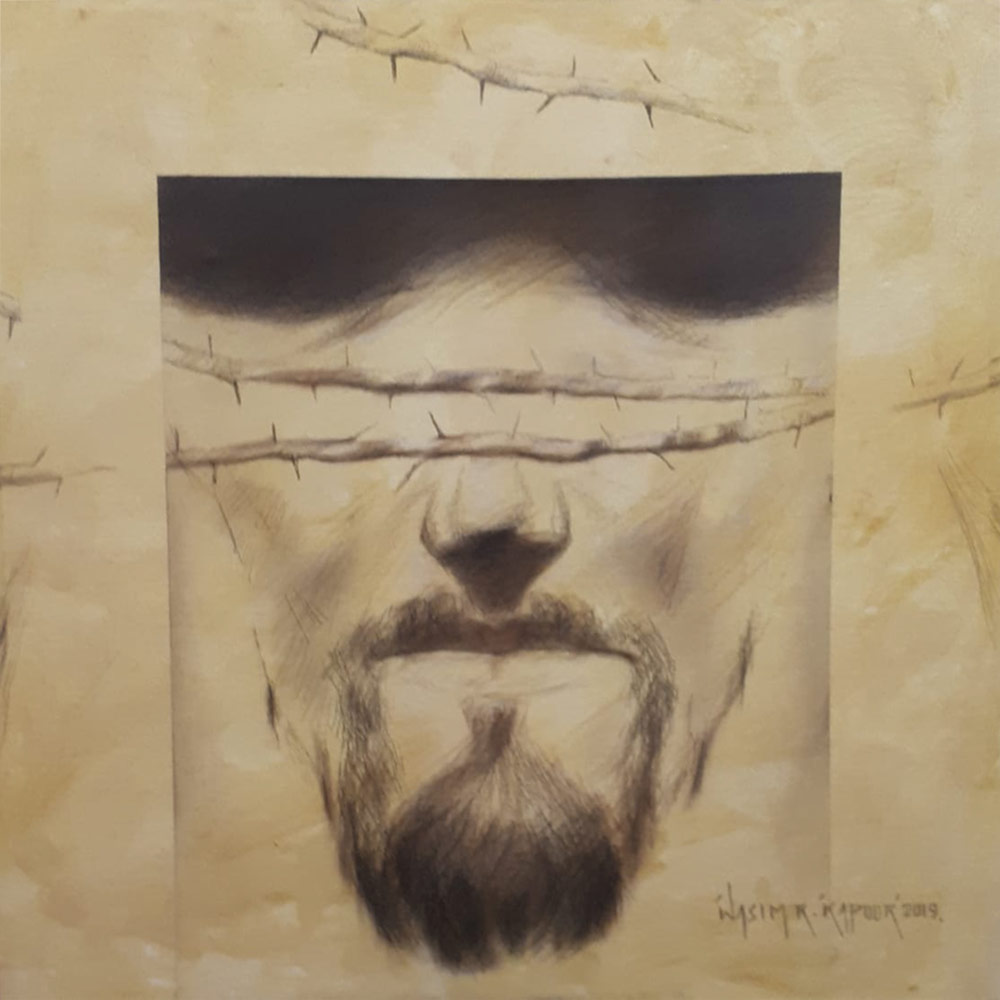 About the Artist and his work :
Born in 1951, Wasim Kapoor is a master artist who has always been a central figure on the Indian art scene. Diploma in Fine Art from the Indian College of Art and Draftsmanship. His Christ crucifixion series earned him quite a name. His ‘victim’ series from 1984 depicts the hardships of prostitutes who have been abused and mistreated, emanating from a body of degradation.

Wasim Kapoor is an artist possessed by the dark emotions of pain, suppression, suffering and loneliness. All his subjects, whether Simple Indian women involved in daily tasks, Jesus Christ or even the ubiquitous Kolkata rickshaws, reflect angst and torment at the hands of a cruel society. He got Shiromoni Award from Asian Paints 1985, award from Govt of West Bengal 1984, awards from Academy of Fine Arts and Birla Academy of Art and Culture.

Kapoor has a movie that has been made on him and is the recipient of various awards and accolades.His works are in teh collection of various prestigious museums and private and public collections.

In Hindu Mythology Krishna was a God of Love and Seduction .He is known to be the companion of Arjuna , when the Pandavas had gone for war. The whole Bhagwat Gita is full of the wise sayings of Krishna to Arjuna while he was fighting the war with the Kauravas.

However on the lighter side Krishna is the god of Love and romance and when he plays the flute the Gopikas who look after the cows would leave what they are doing to come and listen to Krishna playing the flute . Here Wasim Kapoor beautifully captures the Krishna with his love Radha. Wasim Handles the subject in a very contemporary manner unlike the ornate rendition of Krishna and Radha that we so come across.