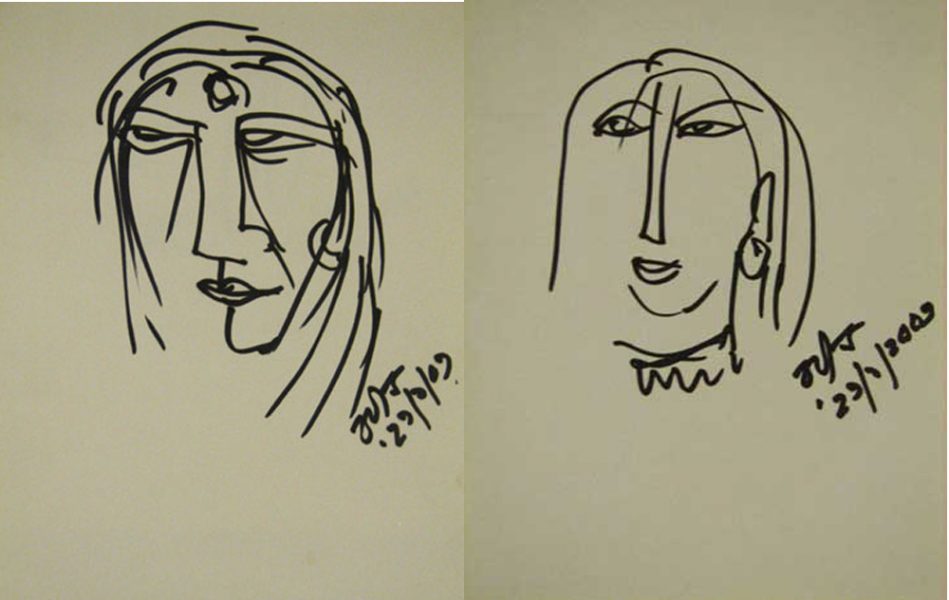 About the Artist & his work :
Born in 1929, Howrah, Kolkata. The communal riots of 1946 and the Bengal famine of 1943 affected him and he took art as a weapon to protest. He gets his inspiration from primeval and tribal art and expresses his innermost self in his works. He portrays his works through his bold brush strokes, pencils, oils and charcoal and uses a dense palette of both pure and mixed colours. He firmly believes that his works are to communicate and not for decoration.

2001 Abanindranath Puraskar, awarded by the Department of Information and Culture, Government of West Bengal, Kolkata